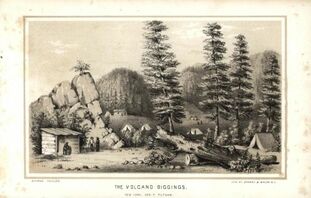 Originally inhabited by Miwok Indians, the valley of Volcano was first entered by white men during the winter of 1848.  Finding a few flakes of gold was enough for the soldiers of Jonathan Stevensons' New York 7th Regiment to make camp until spring when the pickin's would be easier ~ thus the town was first known as "Soldiers Gulch".  The word "gold" was like a magnet and attracted people from all over the world.  Quite impressed with the strange appearance of the crater-like valley, the limestone rock formation, and the morning mist rising from the valley floor, the new settlers tagged it "Volcano" and Volcano it remained.  The earth was dug, picked and mined for its rich deposits of placer gold, but not until the hydraulic monitor, were the hills ripped open and ravaged for over 90 million dollars work of "color".

Even now, during the early morning hours, as the mist magically rises from the mountains, time and space become blurred and the imagination returns to those days.  nature has healed itself from man's fever for gold and Volcano "the most picturesque of the Mother Lode towns," continues to be a thriving community of living history. 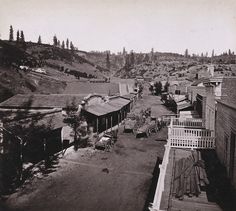 ​Volcano almost became the county seat for Amador county in 1854 and again in 1857, but the newspaper closed in 1857 and afterwards, the town began to decline, eventually becoming a Ghost Town.
Volcano is also home to Black Chasm Caverns, a National Natural Landmark.
The St George Hotel is listed on the National Register of Historic Places.
​ 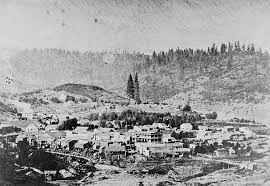 Resources for history of Volcano come from: Volcano California: Most picturesque of the Mother Lode Towns, by Mary Edith Crosley, 1957